> Take urgent action to combat climate change and its impacts by regulating emissions and promoting developments in renewable energy. 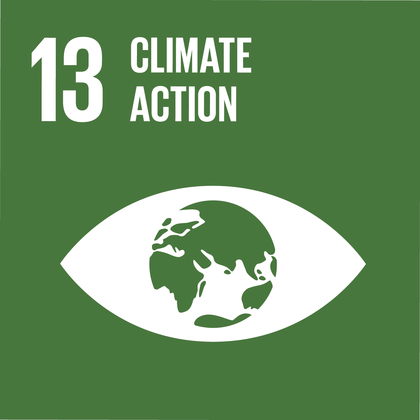 In May 2015, a report concluded that only a very ambitious climate deal in Paris in 2015 could enable countries to reach the sustainable development goals and targets.

The report also states that tackling climate change will only be possible if the SDGs are met. Further, economic development and climate change are inextricably linked, particularly around poverty, gender equality, and energy. The UN encourages the public sector to take initiative in this effort to minimize environmental impact.

This renewed emphasis on climate change mitigation was made possible by the partial China–United States relations convergence that developed in 2015-2016, notably at the UN COP21 summit (Paris) and ensuing G20 conference (Hangzhou).

As one of the regions most vulnerable to the effects of climate change, the Asia-Pacific region needs more public-private partnerships (PPPs) to successfully implement its sustainable development initiatives.